After analyzing my updated DNA results, I created a Facebook Page for Puerto Ricans with Portuguese ancestry. It only has seven “Likes” but I believe that number will grow over time. Once I digested the fact that I am 29 percent Portuguese, I wondered how many other Puerto Ricans in the world shared greater Portuguese ancestry than Spanish. I thought maybe there’s a Facebook page or group for others like me. There wasn’t, so I decided to start one.

Everyone knows that Puerto Ricans are part Spanish and most Spanish have Portuguese ancestry based on proximity and the fact that the two countries were unified for a short time. Many Puerto Ricans know and accept their historic connection to Spain, but not many truly know or acknowledge our ancestral link to Portugal.

According to the Library of Congress, in 1593 Portuguese soldiers, sent from Lisbon by order of Philip II of Spain, composed the first garrison (military post) of the San Felipe del Morro fortress in Puerto Rico. Some brought their wives, while others married Puerto Rican women, and today there are many Puerto Rican families with Portuguese last names. On October 3, 1642, a Franciscan convent for men was founded in Puerto Rico by Portuguese friars who had come to the island in 1641.

The Portuguese immigrated to Puerto Rico in such large numbers that by the mid 1500s Portuguese settlers outnumbered the Spaniards, according to  “A Nation upon the Ocean Sea: Portugal’s Atlantic Diaspora and the Crisis of the Spanish Empire, 1492-1640” by Daviken Studnicki-Gizbert.

I am a member of The Delphic Fraternity, Inc., also known as Delphic of Gamma Sigma Tau. Every March my fraternity has a reunion in the small college town of New Paltz, NY. I’m looking forward to this year’s event, which celebrates the 27th anniversary of the organization’s re-establishment.

The fraternity officially becomes 143 years old in October. I am the self-proclaimed historian of my era for the fraternity and manage a site called the Delphic Fraternity History Homepage.

As I prepare to join my follow fraternity members to recognize the organization, discuss business, catch up with old friends, and connect with my Ala mater, the communicator in me can’t help but promote my fraternity via a social media shout out.

I was blessed to attend college and joining a fraternity was one of the best college-related decisions I’ve ever made. I knew when I joined the fraternity it would be a life-long commitment and I look forward to continuing to represent it the best way I can. 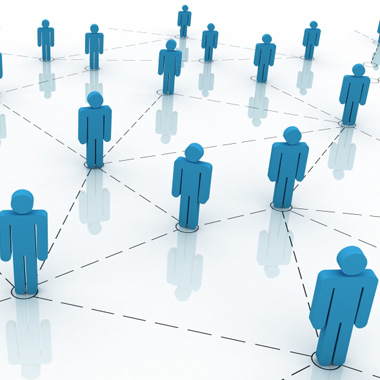 As 2014 begins, my professional focus will be on business networking.  As a social media enthusiast, I have become more active on LinkedIn and finally reached the coveted 500+ connections. During the past few years I’ve concentrated on developing a social media network and now in 2014 I hope to create and maintain a strong business network.

I have been a member of Meetup.com for quite sometime and will be much more involved socially this year as well. I look forward to promoting my marketing/communication work with new contacts and learning more about how to work and connect with my present and long-time contacts in the New York City metropolitan area.

Remember MySpace? If you thought it was dead, think again. The social networking site that was the precursor to Facebook has been recently resurrected by a group of new investors including Justin Timberlake.

The new owners have been revamping the site since September and opened it up to the general public in January. Like millions, I have not actively used MySpace since the explosion of Facebook. I was curious to see what Timberlake and company did with the dinosaur of social media so I took it for a little spin.

When you log in to the new site using your old info, you’ll notice that none of your old friends, photos, music, artists or bands are automatically transferred. You begin your new Myspace journey with zero connections. A connection on the new Myspace is similar to a “Like” on Facebook. So if you are a musician on the old MySpace, you’ll have to start from scratch on the new Myspace to rebuild your fan base. That alone has many critics predicting the demise of the new site.

But after taking a tour of the new Myspace and testing it out for about two weeks or so, I have to say I’m a fan of the new entertainment site. You can connect to a song, an album, artist, video, photo, and another new Myspace member. The focus here is really not on collecting a lot of friends or followers, but on enjoying music you love.

I compare the site to Spotify because unlike Pandora, you can listen to a particular track whenever you want (as long as it’s available) and as often as you like for free. Similar to YouTube, you can also view music videos whenever you want.

Not everyone is going to love to the new Myspace and some might not see the need to dive into another social networking site, but if you love music and want to have another online vehicle to listen and view your favorite artists and find new ones, the new Myspace site may be very well worth your time.

Recent online statistics released by OnlineCollegeCourses.com illustrate the increasing power of social media across users of all ages. However, one of the most intriguing stats showed younger generations value social media freedom over money when looking for work.

Statistics gathered for a blog post entitled “This is Your Brain on Social Media,” highlighted the fact that 1 in 3 people under the age of 30 value social media freedom over salary. Of those polled, 56 percent said they would not take a job that did not allow access to social media.

The blog post also noted the average Facebook user spends 405 minutes a month on the social network. Typically, people spend 30 to 40 percent of the time talking about themselves, however that number jumps to 80 percent on social media.

The numbers also show social media is not slowing down any time soon. Facebook now has 1 billion users, Twitter has 555 million, and Pinterest has 11.7 million users.